(If you’ve just read this for the first time today, you should read all of it.)

The first meme we’ll discuss is the “Royal Wedding Name”.

Again, It seems that some of you aren’t understanding how these things work. The Royal Wedding Name asks for

Right, you lot. Stop this now.

I hate these name game memes, because as you should remember from last time, they’re a crafted attack to reveal bits of information about you. Remember what I did to someone’s facebook profile based on this info?

This one’s been going on for a lot longer than I thought.. And a lot of you will be using your real grandparents’ names, and the real names of your pets, and the real streets you’ve lived on. That’s just silly. And dangerous. And it’s your fault if you get your identity stolen because of that.

I am, unsurprisingly, furious. I’ve attempted to contact the twitter feed owner, to get them to pull these tweets off their stream.

We’ve seen it from people who start memes, but this is the first time I’ve seen it with commercial sponsorship. It’s not big, and it’s not clever. Stoppit.

This one asks for the first letter of your first name (nothing too telling here), and the month you were born in (slightly more PII Personally Identifiable Information ). 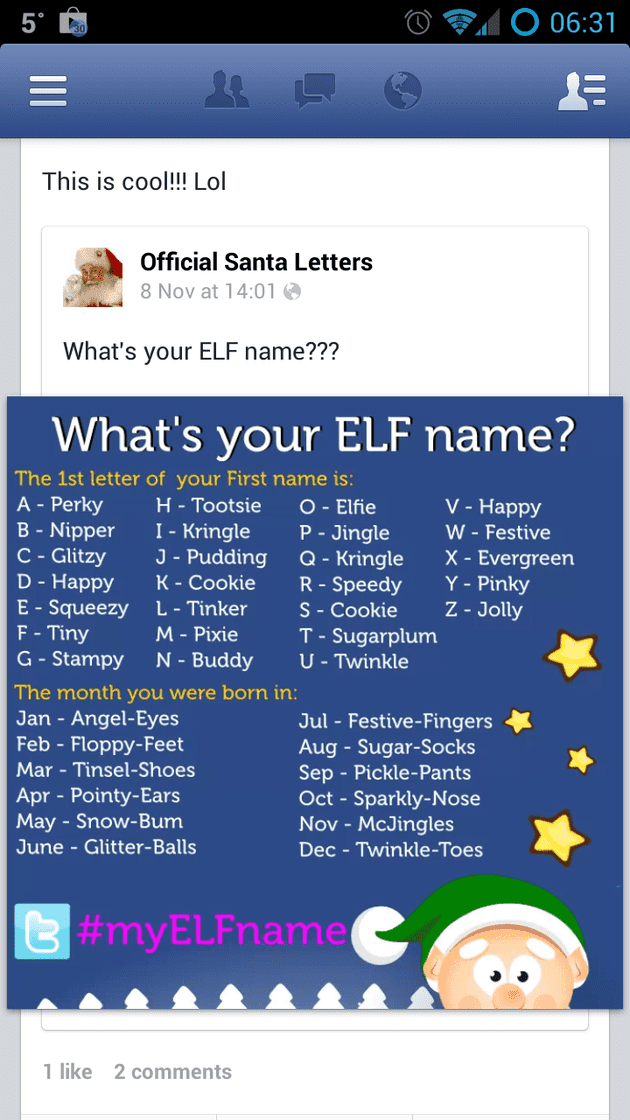 There’s nothing special about this one, it’s only asking for minimal PII, but still. It’s a slippery slope, and these memes are still occurring.

Comprised of your Grandparent’s First Name, and your First School.

Both of these are known questions for a number of secret answer challenges.

Comprised of your Zodiac sign, Favourite colour, and last digit of your telephone number. Apparently this is what passes for amusement these days.

This one was heavily promoted by @BuzzFeed and gained 100+ retweets. They really should know better.

This meme is asking for your First Pet, and your Mother’s Maiden Name.

Comprised of your Grandparent’s Middle Name, and your first Foreign Penpal’s Last Name.

Seriously, These are some of the most common security questions used on a very large number of websites. By publicly tweeting the answer, you are handing over all the details a nefarious hacker needs to compromise your account, and steal your identity.

There’s often a meme going around on facebook/twitter/etc.. One of these note things, you do it, you tag your friends, they do it, and so on, or it proliferates on twitter.

These bug me enormously, because they ask for a fair bit of information. Here’s a brief summary of the answers you give.

I recognise some of those as secret question/answer pairs from a number of websites.

I’m really only kicking the tyres on this one, but what if someone designed these memes to gather data about people, including data about their past, place of birth, residential address, pet names, other stuff that’s commonly asked for sample questions on “Secret Question/Answer” credentials online.

I decided not to participate in this one unsurprisingly.
In fact, I recommend that everyone who has done the “Name Game” note looks closely at their note privacy settings, just to make sure they don’t mind everyone knowing this information about them.